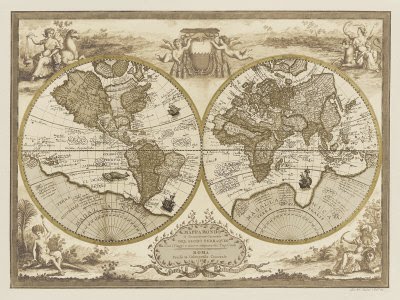 In 1979, when we were still young and starry-eyed, a revolution took place in Iran. When I asked experts what would happen, they divided into two camps.

The first group of Iran experts argued that the Shah of Iran would certainly survive, that the unrest was simply a cyclical event readily manageable by his security, and that the Iranian people were united behind the Iranian monarch’s modernization program. These experts developed this view by talking to the same Iranian officials and businessmen they had been talking to for years — Iranians who had grown wealthy and powerful under the shah and who spoke English, since Iran experts frequently didn’t speak Farsi all that well.

The second group of Iran experts regarded the shah as a repressive brute, and saw the revolution as aimed at liberalizing the country. Their sources were the professionals and academics who supported the uprising — Iranians who knew what former Supreme Leader Ayatollah Ruholla Khomeini believed, but didn’t think he had much popular support. They thought the revolution would result in an increase in human rights and liberty. The experts in this group spoke even less Farsi than the those in the first group.

Limited to information on Iran from English-speaking opponents of the regime, both groups of Iran experts got a very misleading vision of where the revolution was heading — because the Iranian revolution was not brought about by the people who spoke English. It was made by merchants in city bazaars, by rural peasants, by the clergy — people Americans didn’t speak to because they couldn’t. This demographic was unsure of the virtues of modernization and not at all clear on the virtues of liberalism. From the time they were born, its members knew the virtue of Islam, and that the Iranian state must be an Islamic state.

Americans and Europeans have been misreading Iran for 30 years. Even after the shah fell, the myth has survived that a mass movement of people exists demanding liberalization — a movement that if encouraged by the West eventually would form a majority and rule the country. We call this outlook “iPod liberalism,” the idea that anyone who listens to rock ‘n’ roll on an iPod, writes blogs and knows what it means to Twitter must be an enthusiastic supporter of Western liberalism. Even more significantly, this outlook fails to recognize that iPod owners represent a small minority in Iran — a country that is poor, pious and content on the whole with the revolution forged 30 years ago.

There are undoubtedly people who want to liberalize the Iranian regime. They are to be found among the professional classes in Tehran, as well as among students. Many speak English, making them accessible to the touring journalists, diplomats and intelligence people who pass through. They are the ones who can speak to Westerners, and they are the ones willing to speak to Westerners. And these people give Westerners a wildly distorted view of Iran. They can create the impression that a fantastic liberalization is at hand — but not when you realize that iPod-owning Anglophones are not exactly the majority in Iran.

Last Friday, Iranian President Mahmoud Ahmadinejad was re-elected with about two-thirds of the vote. Supporters of his opponent, both inside and outside Iran, were stunned. A poll revealed that former Iranian Prime Minister Mir Hossein Mousavi was beating Ahmadinejad. It is, of course, interesting to meditate on how you could conduct a poll in a country where phones are not universal, and making a call once you have found a phone can be a trial. A poll therefore would probably reach people who had phones and lived in Tehran and other urban areas. Among those, Mousavi probably did win. But outside Tehran, and beyond persons easy to poll, the numbers turned out quite different.

Some still charge that Ahmadinejad cheated. That is certainly a possibility, but it is difficult to see how he could have stolen the election by such a large margin. Doing so would have required the involvement of an incredible number of people, and would have risked creating numbers that quite plainly did not jibe with sentiment in each precinct. Widespread fraud would mean that Ahmadinejad manufactured numbers in Tehran without any regard for the vote. But he has many powerful enemies who would quickly have spotted this and would have called him on it. Mousavi still insists he was robbed, and we must remain open to the possibility that he was, although it is hard to see the mechanics of this.

It also misses a crucial point: Ahmadinejad enjoys widespread popularity. He doesn’t speak to the issues that matter to the urban professionals, namely, the economy and liberalization. But Ahmadinejad speaks to three fundamental issues that accord with the rest of the country.

First, Ahmadinejad speaks of piety. Among vast swathes of Iranian society, the willingness to speak unaffectedly about religion is crucial. Though it may be difficult for Americans and Europeans to believe, there are people in the world to whom economic progress is not of the essence; people who want to maintain their communities as they are and live the way their grandparents lived. These are people who see modernization — whether from the shah or Mousavi — as unattractive. They forgive Ahmadinejad his economic failures.

Second, Ahmadinejad speaks of corruption. There is a sense in the countryside that the ayatollahs — who enjoy enormous wealth and power, and often have lifestyles that reflect this — have corrupted the Islamic Revolution. Ahmadinejad is disliked by many of the religious elite precisely because he has systematically raised the corruption issue, which resonates in the countryside.

Third, Ahmadinejad is a spokesman for Iranian national security, a tremendously popular stance. It must always be remembered that Iran fought a war with Iraq in the 1980s that lasted eight years, cost untold lives and suffering, and effectively ended in its defeat. Iranians, particularly the poor, experienced this war on an intimate level. They fought in the war, and lost husbands and sons in it. As in other countries, memories of a lost war don’t necessarily delegitimize the regime. Rather, they can generate hopes for a resurgent Iran, thus validating the sacrifices made in that war — something Ahmadinejad taps into. By arguing that Iran should not back down but become a major power, he speaks to the veterans and their families, who want something positive to emerge from all their sacrifices in the war.

Perhaps the greatest factor in Ahmadinejad’s favor is that Mousavi spoke for the better districts of Tehran — something akin to running a U.S. presidential election as a spokesman for Georgetown and the Upper East Side. Such a base will get you hammered, and Mousavi got hammered. Fraud or not, Ahmadinejad won and he won significantly. That he won is not the mystery; the mystery is why others thought he wouldn’t win.

For a time on Friday, it seemed that Mousavi might be able to call for an uprising in Tehran. But the moment passed when Ahmadinejad’s security forces on motorcycles intervened. And that leaves the West with its worst-case scenario: a democratically elected anti-liberal.

Western democracies assume that publics will elect liberals who will protect their rights. In reality, it’s a more complicated world. Hitler is the classic example of someone who came to power constitutionally, and then proceeded to gut the constitution. Similarly, Ahmadinejad’s victory is a triumph of both democracy and repression.

The Road Ahead: More of the Same

The question now is what will happen next. Internally, we can expect Ahmadinejad to consolidate his position under the cover of anti-corruption. He wants to clean up the ayatollahs, many of whom are his enemies. He will need the support of Iranian Supreme Leader Ayatollah Ali Khamenei. This election has made Ahmadinejad a powerful president, perhaps the most powerful in Iran since the revolution. Ahmadinejad does not want to challenge Khamenei, and we suspect that Khamenei will not want to challenge Ahmadinejad. A forced marriage is emerging, one which may place many other religious leaders in a difficult position.

Certainly, hopes that a new political leadership would cut back on Iran’s nuclear program have been dashed. The champion of that program has won, in part because he championed the program. We still see Iran as far from developing a deliverable nuclear weapon, but certainly the Obama administration’s hopes that Ahmadinejad would either be replaced — or at least weakened and forced to be more conciliatory — have been crushed. Interestingly, Ahmadinejad sent congratulations to U.S. President Barack Obama on his inauguration. We would expect Obama to reciprocate under his opening policy, which U.S. Vice President Joe Biden appears to have affirmed, assuming he was speaking for Obama. Once the vote fraud issue settles, we will have a better idea of whether Obama’s policies will continue. (We expect they will.)

What we have now are two presidents in a politically secure position, something that normally forms a basis for negotiations. The problem is that it is not clear what the Iranians are prepared to negotiate on, nor is it clear what the Americans are prepared to give the Iranians to induce them to negotiate. Iran wants greater influence in Iraq and its role as a regional leader acknowledged, something the United States doesn’t want to give them. The United States wants an end to the Iranian nuclear program, which Iran doesn’t want to give.

On the surface, this would seem to open the door for an attack on Iran’s nuclear facilities. Former U.S. President George W. Bush did not — and Obama does not — have any appetite for such an attack. Both presidents blocked the Israelis from attacking, assuming the Israelis ever actually wanted to attack.

For the moment, the election appears to have frozen the status quo in place. Neither the United States nor Iran seem prepared to move significantly, and there are no third parties that want to get involved in the issue beyond the occasional European diplomatic mission or Russian threat to sell something to Iran. In the end, this shows what we have long known: This game is locked in place, and goes on.